The car is one type of vehicle with the most users in the world. Car manufacturers always apply the latest technological evolutions to increase the ease, comfort and safety of users in driving. Here are five car technologies that are predicted to become a trend 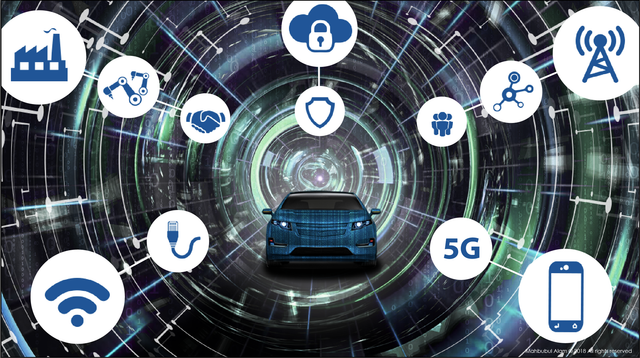 Voice assistant technology, aka voice assistant, has been introduced for a long time. From its history, the early development of this technology began in 1961, with the introduction of the IBM Shoebox as the world’s first digital speech recognition tool. A significant development began with the presence of Siri on Apple’s iOS in 2011. Currently, Siri is one of the main features in iPhone products. This technology is increasingly mushrooming, followed by various operating system developers and other technology manufacturers, such as Google Now, Microsoft Cortana, and Amazon Alexa.

Car manufacturers are also not behind in implementing this technology. Ford and BMW have partnered with Amazon to integrate Alexa in their cars. Hyundai plans to work with SoundHood to develop its own voice assistant. Toyota has also introduced the Yui concept product with a sophisticated personal assistant.

Awareness of the importance of protecting the environment has become a concern of many people. One way is to use environmentally friendly cars, such as hybrid cars and electric cars. Currently, almost all well-known car manufacturers have hybrid or electric car variants in their product lines. In addition, pollution-free cars with hydrogen fuel are also a trend today.
The development of technology in increasingly sophisticated electric cars makes it predicted that it will be able to replace oil-fueled cars. One of Elon Musk’s electric car manufacturers, Tesla has also succeeded in creating an electric-powered sports car. With power, speed, specifications and shape similar to sports cars in general, Tesla’s sports car is claimed to have a lighter weight and cheaper price. One of the Tesla variants, the Roadster 2, was even able to win the title of the fastest car in the world by beating the Bugatti Chiron.

The technology called Departed Driver Rescue & Exit Maneuver (DDREM) was developed by Hyundai Mobis, a subsidiary of Hyundai Motor Company that manufactures components and develops systems for Hyundai car products.
The DDREM system consists of several steps. First, infrared cameras scan facial and eye movements to determine if the driver continues to stare forward, change blinking patterns or show other signs of drowsiness.
Second, this technology also detects car movements. For example, if the driver moves in and out of the lane, crosses the lane in a zigzag manner, or makes inconsistent driving movements such as someone who is sleepy.
Third, if the DDREM system has confirmed that the driver is really sleepy or asleep, then this system will work and be immediately integrated with other systems and devices, including GPS, radar, cameras, to electronic braking and power steering systems. The goal is to take over the wheel automatically to be able to find a safe place and stop.

4. Vehicle-to-Vehicle Technology Allows Cars to Talk to One Another

Speaking here the point is not that a car can chat or chat with other cars. However, the “conversation” that occurs is the exchange of information between vehicles with one another regarding road conditions, weather, congestion, or even accidents.
Communication between cars uses a Wi-Fi connection and is integrated with the existing system in the car. This technology is very useful for knowing the road conditions to be passed, and avoiding accidents.

Automatic parking technology is also not new. However, it is predicted that it will grow and be widely used by various car manufacturers in 2018. This technology is intended to make it easier for drivers to park their cars, especially if the land is narrow and difficult, or if the driver is a beginner and is just learning to drive a car.
Some are guiding the driver to park the car in the right way, some are completely taking over the wheel and parking the car automatically without having to be driven.
Having a car with advanced technology is certainly the desire of many people. However, if you have a limited budget, it is better to consider buying a used car. However, choose a car with a release year that is not too long, so the technology is not left behind. Buying on credit can be the right choice, because the price is cheap and can be paid in installments within a certain time.